Inside the Engineering Quarters 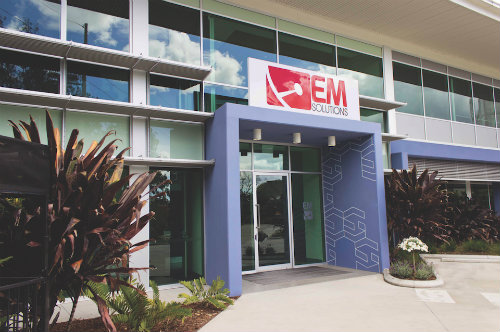 From an internal survey you’d expect a few questions about your education, work experience and job role. What you probably wouldn’t expect is an academically formatted and referenced piece with curve-ball historical questions and a splash of engineer’s humour (yes it does exist!) – that’s how it’s done at EM Solutions!

Hi, I’m Arna and I’ve just started working at EM Solutions as the Marketing Coordinator. Over the last few weeks I’ve learned so much about the amazing team here, most recently, following the results of the Engineering Team Questionnaire – which gave me a great insight into their corporate culture.

As I’m new I wanted to introduce myself and give you my ‘fresh-eyes’ perspective of EM Solutions – also I want to share how excited I am to be working here!

So a little about me! Originally from New Zealand and now Brisbane-based, I have worked in a range of roles over the last 20 years doing everything from finance, career counseling to project management in many industries including Education, Technology, Engineering, Healthcare and Hospitality. Aside from being a mum of three, the roles that gave me the greatest sense of accomplishment were the technology and engineering-based roles, where I’ve played a part in managing hundreds of projects – both local and international. My role at EM Solutions is an opportunity for me to build on the skills I’ve developed in past roles as well as observing technology and innovation at the coalface – I simply love it!

When I joined EM Solutions I was warmly welcomed by the team in the Brisbane Headquarters. Every day I am impressed with the team’s commitment to quality, their professional work ethics and especially their ingenuity!

A few weeks ago, the engineers participated in a fun questionnaire to celebrate the team’s collective capabilities and get an insight into the lives of these great minds. As a non-participating staff member observing the survey, it was fascinating to see how it all played out. Aside from the facts uncovered and answers given, the real gems gleaned from this activity were in the methods, behaviours and resultant energy of the team members.

Here are my observations from the 2015 EM Solutions Basic Analysis and Engineering Survey Questionnaire along with my thoughts about the first few weeks I spent getting to know the team at EM Solutions:

The engineering team takes attention to detail to a whole new level.

Never a group to just slap something together, this questionnaire from the get-go was an intricately planned, expertly prefaced, academically formatted and referenced piece – just like each piece of work that moves through the laboratory. Participants also shared extra details and there were both honourable and dishonourable mentions as well as some very creative responses!

The engineering team is inquisitive and always questioning ‘is there another or better way?’

The responses given in the questionnaire were obviously well thought out and the questions fully analysed – rarely was one straight answer given. The team sought out alternative options, questioned the meaning of the questions and suggested methods to improve the accuracy of the data!

When the results were delivered there were re-writes of questions, suggested follow-up research for particular staff members and stories proving that this team really love to get to the bottom of everything that comes across their desk.

The engineers can be at the forefront of technology while simultaneously being labeled ‘late adopters’.

There are a few among the ranks who are known to carry a ‘brick’ phone or even worse no mobile device at all!

Many questions asked the participants to show what they knew about other staff members rather than give information about themselves. The accuracy of the responses and extra detail given about staff backgrounds really showed that this truly is a team, not just a group of individuals.

Respect and acknowledge the engineering forefathers and education facilities.

A number of questions addressed historical engineering events, schools of study and leading tertiary education facilities – demonstrating that this team isn’t just about creating ‘new’, they’re also respectful of what’s been done before and what they can learn from others.

Overall this questionnaire showed that we have an incredibly talented team holding high-level degrees, great senses of humour and high regard for teamwork and quality.

Do you think you know the EM Solutions team? Check out the facts below!

1. Our team of 45 collectively holds:

University of Queensland dominates the undergraduate lists with 17, the next is QUT (3), and the remainder from universities in Africa, Australia, China and the UK. From a total staff of 45, this is a seriously heavy weighting of academic muscle!

2. There are four (4) staff with University medals:

3. Three engineers have seen the light and ‘crossed from the dark side’ (they used to be physicists):

My favourite responses were those from the Survey Marker. On being asked whether they are more productive in an open plan office:

There were tests and riddles to keep the team on their toes, prizes were awarded and honorable and dishonorable mentions given for particularly creative responses… this team sure is a clever bunch!

*Over time and at different universities, the precise definitions of a Bachelor of Engineering (BE), Masters of Engineering and Doctor of Philosophy have altered. For the purpose of the survey, a BSc in Physics and similar qualifications in Software, followed by engineering work, has been treated as an equivalent BE (aligned likewise for the various Masters degrees and PhDs).